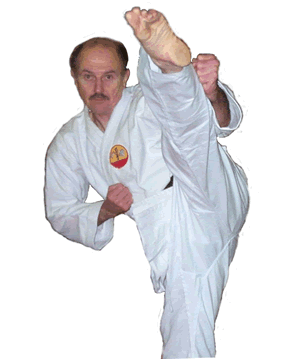 Sensei Steve started training in 1972 under Master Tatso Suzuki in Wado Ryu at the Judd Street Dojo in London.

Sensei Meiji Suzuki took over the running of the club in 1974 and together with Sensei George Canning, developed the Mugendo system where Steve continued to train for many years. 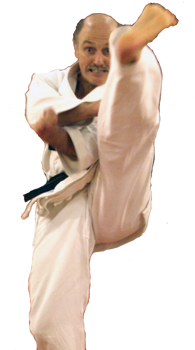 In 1978 he also joined a small club at his home town. The Sands Club was run by Sensei Dave Chapple with a style based on Kyokushin. This club was subsequently taken over by Sensei Mike Lawrence, a Kenpo Instructor who continued to run the club with Sensei Steve until 2005. The club is now run by the current instructors.

In 1980 Steve also joined a local Wado Ryu club run by Sensei Dave White where he trained for 4 years before leaving to join a Shotokan Club run by a student of Master Kanazawa. He continued to train here and with Sensei Mike until 1991 when he obtained his Shodan. The Sands Club was reformed as the Prestwood Karate Club in 1990. In November 2008 with the closure of the Bisham Abbey venue, South Bucks Karate Academy was formed with Clubs at Prestwood and Maidenhead. 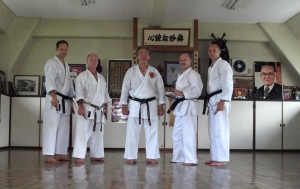 In July 2008 Steve trained in Okinawa - Japan, under Master Meitasu Yagi (10th Dan) in Kata, Kihon and briefly Kobojutsu. There is a write up on this site


Sensei Julian started his Martial Arts career in 1976, training in White Crane Kung-Fu. He felt unsuited to this style but continued until the Instructor closed the club.

After searching for some time he joined the Booker Karate Club initially under Dave Chapple and subsequently Sensei Mike Lawrence.
This club reformed as the current SBKA in 1990.

His interest in the martial arts paved the way to further studies in Judo and JuJitsu. In 1991 he expanded his training into Boxe Francaise Savate and Kali, training with some of the foremost instructors in these styles.